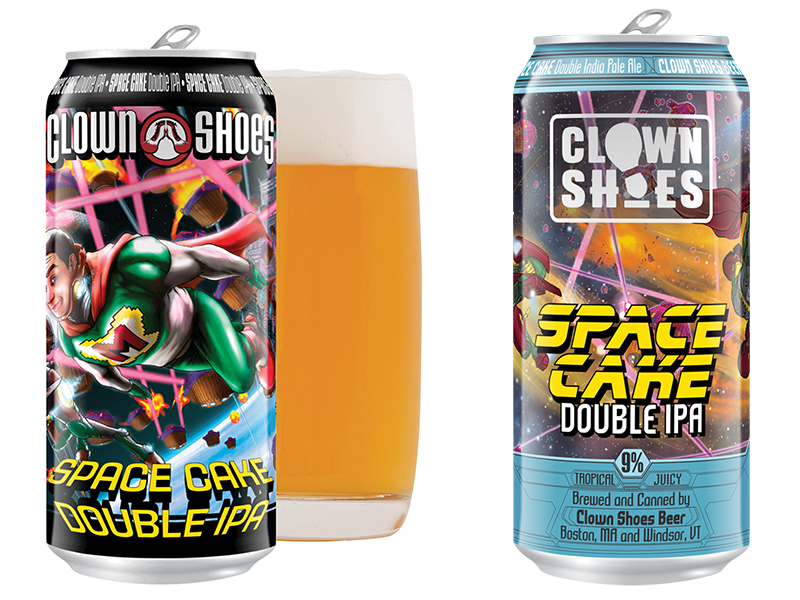 In the increasingly crowded craft beer space, gaining consumer attention at the point of sale is more important than ever. So why has Clown Shoes Beer, whose comic art labels have certainly attracted attention since their launch in 2014, decided on a revamp?

“Eight years ago, Clown Shoes stood out for having a lot of color and art on the cans,” Sean Geary, brand & sales director, told Marketing Daily. “That drew customers’ eyes to the brand instead of using brand logos, beer descriptions, etc. Fast-forward to 2022, and we’re stuck in a sea of 1,000 labels trying to use color to stand out, so we needed to make a change.”

So now, Clown Shoes’ main character-driven art is being moved to the back of the cans, with each beer’s name and attributes more prominently displayed on the fronts. “We wanted customers to be able to identify what they were buying more easily when they saw our beers, but not let that take away from our art,” Geary said.

The art is now being used more to drive repeat purchases, he noted.

For Clown Shoes’ Michael Axt, the changes are long overdue. He designed the original 2013 labels for 22-ounce bottles, which have start and stop points, but when the brewery moved to 16-ounce cans, the art was just spread across a “wider canvas.”

“Michael has now used the art to spread fully around the can,” Geary explained.

In addition to the far greater number of craft beers available, Geary says Clown Shoes’ target audience has also changed greatly over the years. While still craft beer lovers in general “it is getting harder to pinpoint exactly who this group is, as it used to be just guys 21-40, but increasingly, we’re seeing more female consumers.”

Promotion for the new cans is centered around social and digital media, with a playful — well, clownish — edge to it. 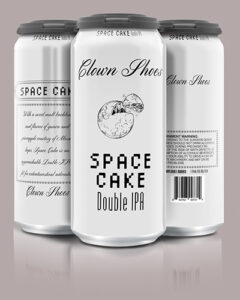 An initial social media post a couple of weeks ago, stating that Axt had been fired and replaced by a fine arts designer, featured artwork of a “new simplified and dignified look” that “will make it easier for you to find us on shelf.” Fans, though, were not amused, with some musing that April Fool’s Day had come early.

The actual announcement, with correct info and photo, was posted a day later.