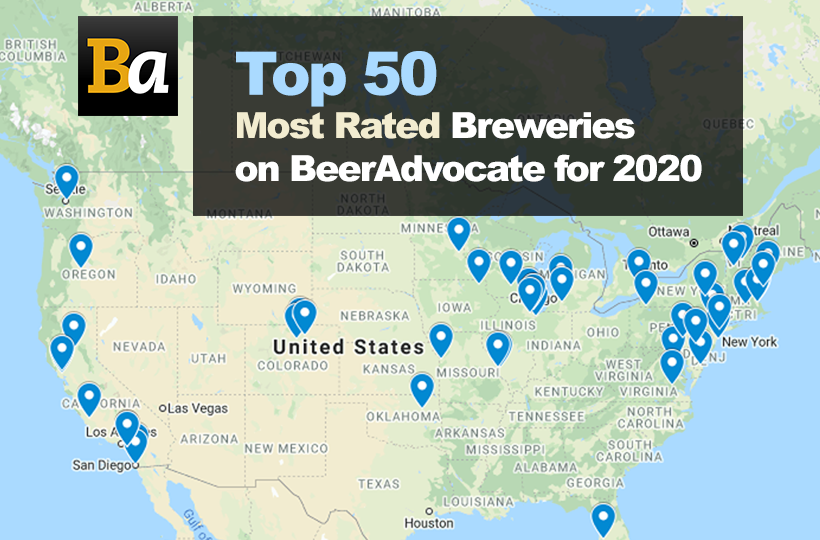 Top 50 Most Rated Breweries on BeerAdvocate for 2020

In the past, we’ve published best and top rated brewery lists in BeerAdvocate magazine and online, but this one is loosely inspired by the Brewers Association’s Top 50 U.S. Breweries by Sales Volume for 2020.

The focus of this inaugural list is the most rated breweries, not the highest rated or best breweries of the world based on their beers. It’s simply a ranking of breweries by total number of ratings, that’s not restricted to the United States or whatever your definition of “craft beer” currently is, and all ratings posted on BeerAdvocate in 2020 were considered.

I’m not going to group breweries by ownership, but I’ll note all of that below. I’ve also included the brewery’s rank from 2019 for comparison and “new” simply denotes that the brewery is new to the top 50 for 2020.

Top 50 Most Rated Breweries on BeerAdvocate for 2020