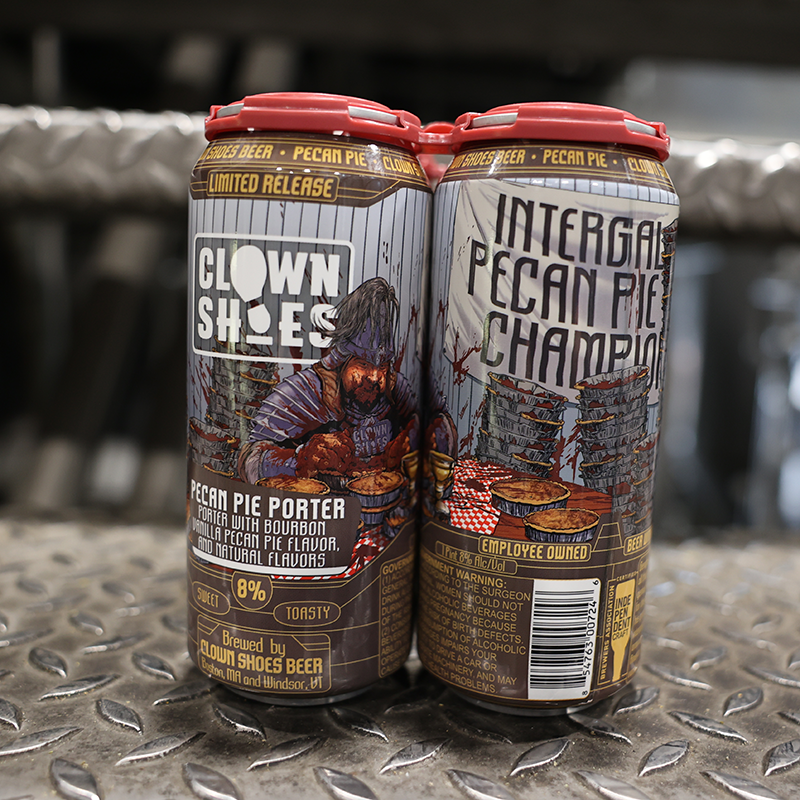 The Story of Pecan Pie Porter

When developing a seasonal beer a few things come to mind: if it’s summer it needs to be light, refreshing, and easy. If it’s fall it needs to have a bite to it and is probably amber-hued with a touch of malt. We took note of this and then chartered a different course with our seasonals.

First, we released Crunkle Sam in the summer (because 4th of July of course). You can’t get much more different than a typical summer beer if you tried–which we also did by releasing several high abv Stouts during summer months as well. Crunkle, as you know, is an American Barleywine clocking in at 10%.

For our first fall seasonal way back in 2011 we decided to keep it a bit closer to the ‘norm’ by releasing a malt-forward beer. The rage back then, and still now, was pumpkin for fall. We wanted to go against the grain, so to speak, by saying we’d never brew a pumpkin beer (sorry, we backtracked) and instead brewed a delicious porter base that was infused with pecan pie flavoring.

How’d it go? Mixed reviews. We weren’t our biggest fans of the first batch, but folks dug it, so we kept it around.

Because we’re never satisfied, we tried several different variations of the beer as the years went on. We added vanilla, we used real pecans (toasted them ourselves!), spiked it with coffee, aged it in bourbon, added more vanilla and cinnamon, and changed flavorings a bazillion times.

This year, for version 11, we decided to go with a new flavoring and a twist on vanilla. We brewed it with bourbon vanilla which really pops against the porter base, and our new pecan pie flavor brings out the best aspects of this great dessert.

Pick up a can today and raise a glass to the next 10 years of Pecan Pie…and hopefully a flavor combo that we like enough to keep around for a while (we’re digging it so far…)! Click here to find it near you!