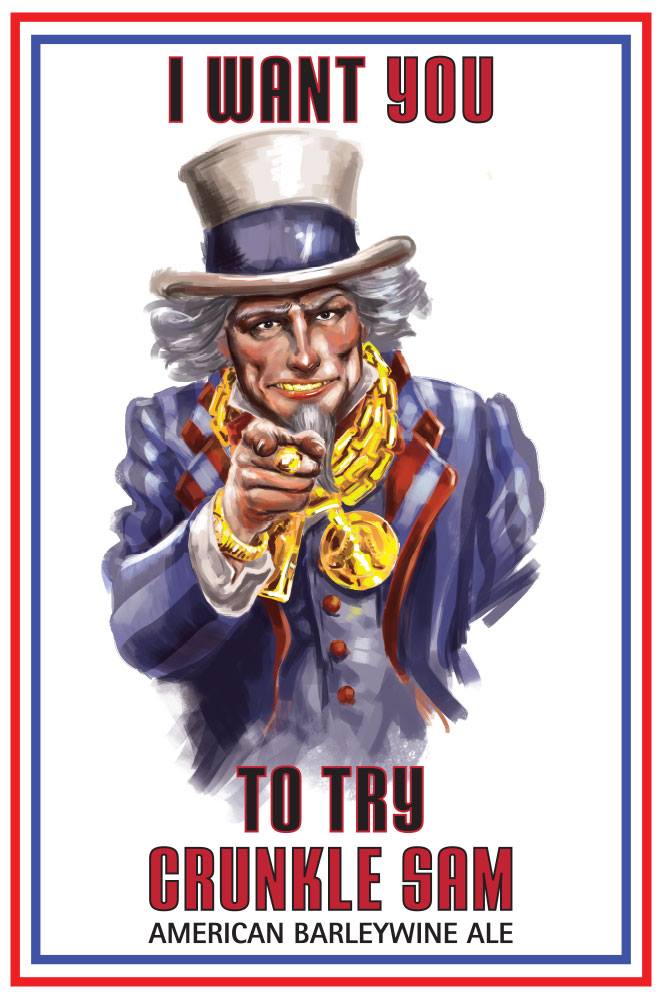 The Story Behind Crunkle Sam

This is a story about THE Crunkle Sam.

But who is that? For a few trips around the sun Crunkle tried his luck in politics but really couldn’t crack it. Too stuffy. Too serious. Sure he’ll take a handout… or seven… but the cover up piece is just too time consuming.

He’s a man that needs to let loose and leave it all on the table. He took some time off to see the sights–he hit the pavement hard and found himself in Punta Loyola, Argentine, where he led a one man expedition to the Arctic. Longing for companionship, he befriended an Emperor Penguin and weathered a brutal storm within its waddle. It was here that he realized that summer warmth is what he needs, and nothing will stop him from seeking warm summer sunshine all the time.

As soon as he could he fled Antarctica, leaving his waddle to rejoin society. He made his way back to his homeland and immediately began formulating a recipe for an ale that could create that summer warmth whenever he longed for it. The beer needed to be heavy on the malt, high in ABV, and needed some sort of pop. Hops! Charge up the hops and go overboard with Columbus, Nugget, and Chinook to give it some personality.

He found some friends at Clown Shoes to brew his beer and the rest is history–with a catch–it could only be released in the summertime months. On top of that, he insisted that only one alteration could be made to his recipe–Bourbon barrel aging. That’s where we’re at this time around as we bring you Crunkle’s latest namesake drop, a bourbon barrel aged version of the OG American Barleywine. This was Crunkle’s dream and we hope you enjoy it as much as he does.

Where’s Crunkle now? Who knows! Last we saw him he was modeling for a Mango Kolsch poster, then he was off to someplace warm.

(P.S. Click here to learn more about the beer)