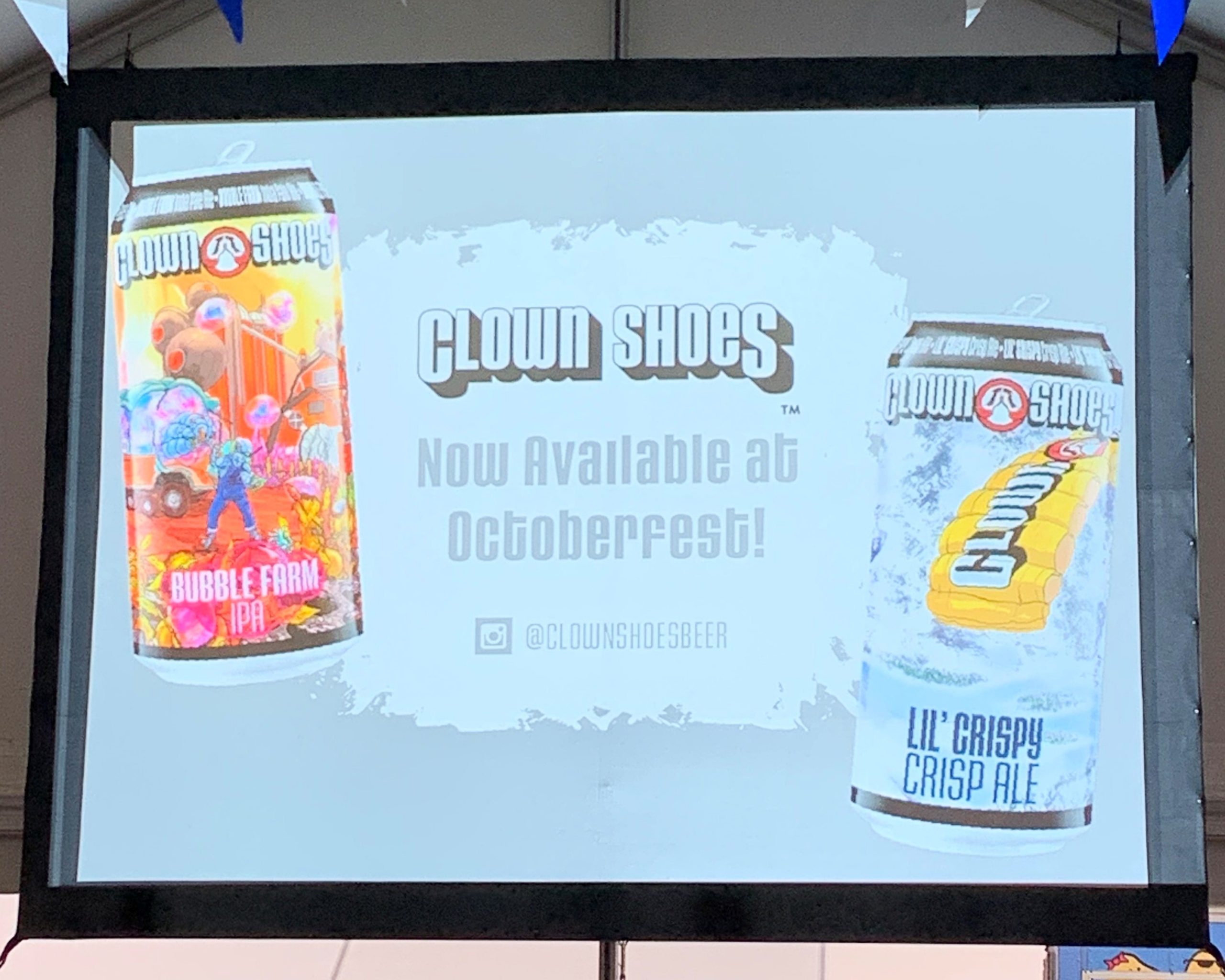 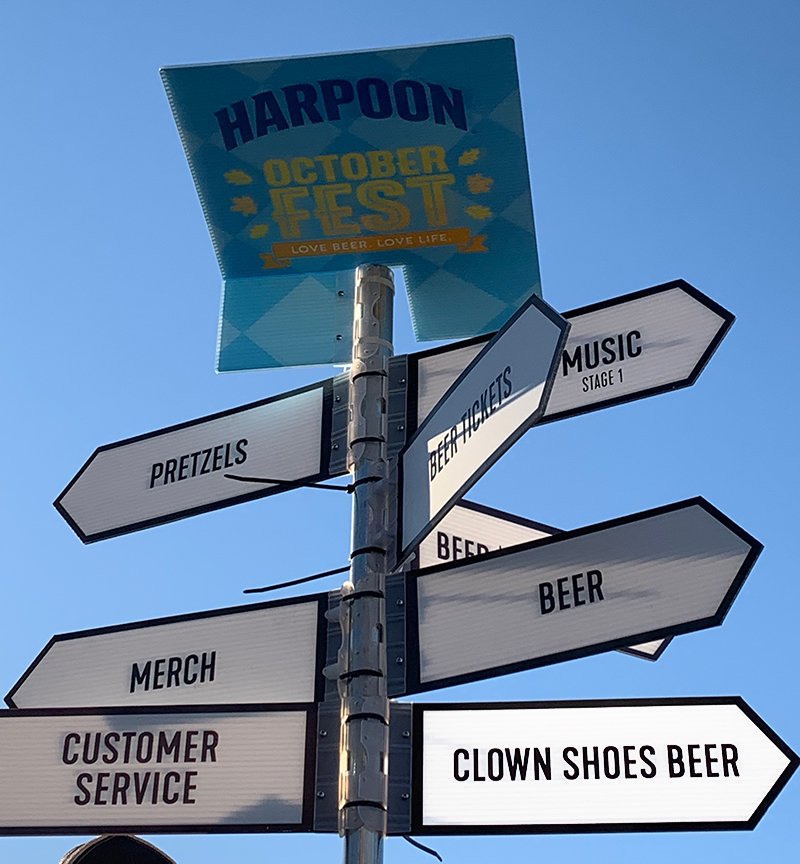 After two years in the Mass. Bay Brewing Company family, last weekend we brought Clown Shoes to Octoberfest. Team Clown Shoes rolled into Harpoon Octoberfest on the night of Friday, October 4th with four pallets of Lil’ Crispy Crisp Ale and Bubble Farm IPA, ready to serve thousands of beer lovers! Over 15,000 festival goers came through the gates, had a great time, and kept us busy with their thirst for Clown Shoes. 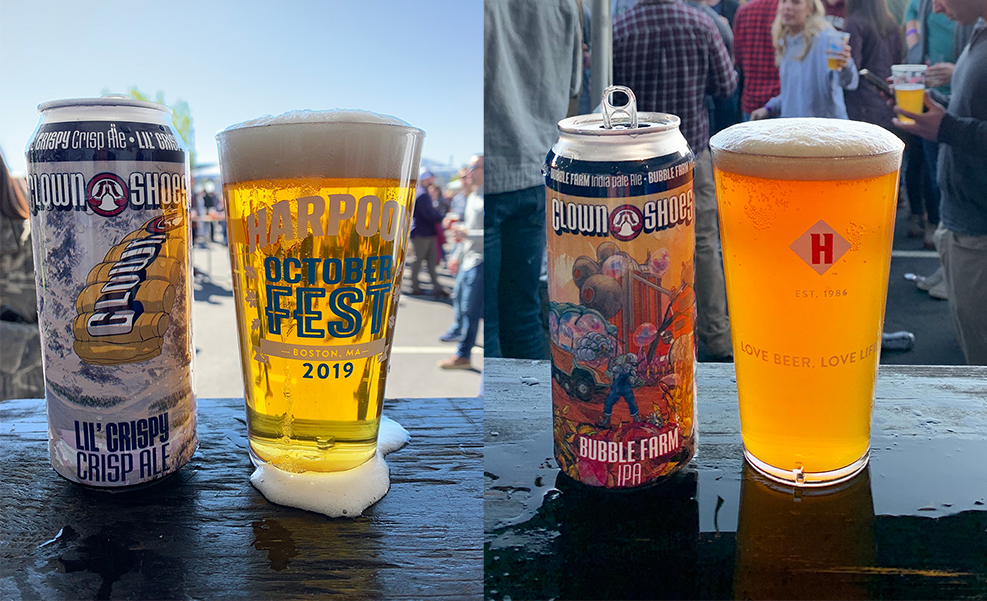 What started as a fun but chilly Friday night gave way to a beautiful Saturday. The music was rocking, the people were dancing, and we were working hard to make sure our fresh and cold beer was flowing. The Clown Shoes tent was busy for so much of the day that it was a challenge just to keep the beer cold. We were re-stocking cans into tubs of ice water by the case load non-stop. Repeatedly dunking your hands in ice cold water for hours is no bag of laughs, but the incredible reception we got from the folks enjoying our beer made it all worthwhile. 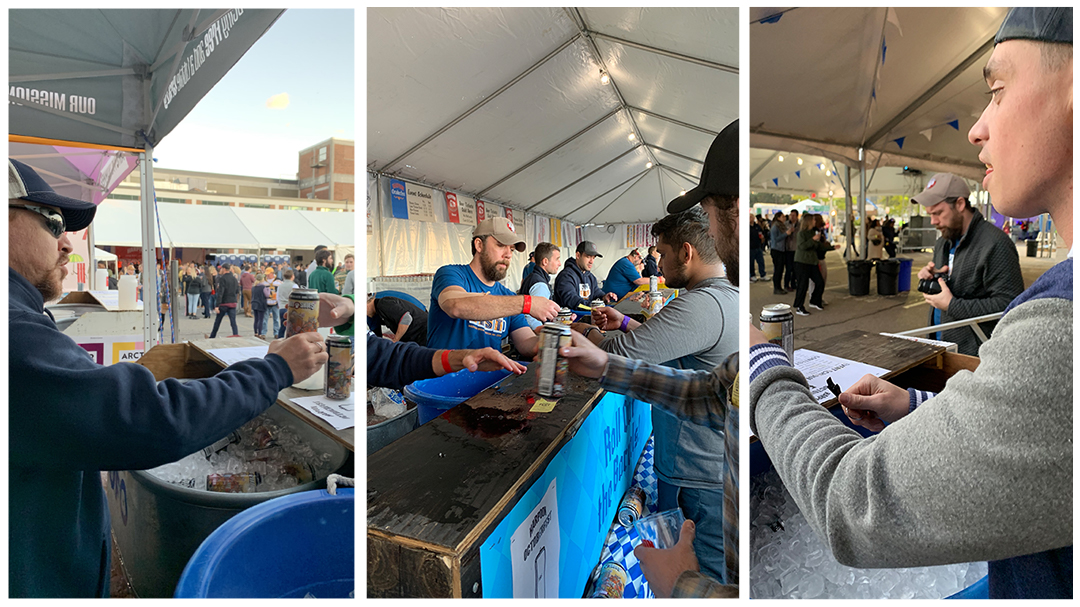 A few shots from quieter times before the hours-long onslaught of Clown Shoes desiring festival goers.

It was true team effort for us, as a majority of the Clown Shoes team was in attendance for the event this weekend, including: founder Gregg Berman, artist Michael Axt,  operations and sales team Bryan Doran, Jim Ronemus, Sean Geary, and Marc Weiss, marketing team of Sam Routhier, and our very own Miracle Mike (Pettengill), of Space Cake fame.

Everyone put in their share of long hard hours behind the bar in wind and sunshine, cold and warm. By Saturday night, we were tired, sore, cold, soaking wet, and staring at an empty space that had held over 300 cases of beer less than two days earlier. It was impossible to push the smiles off our faces about a job well done. 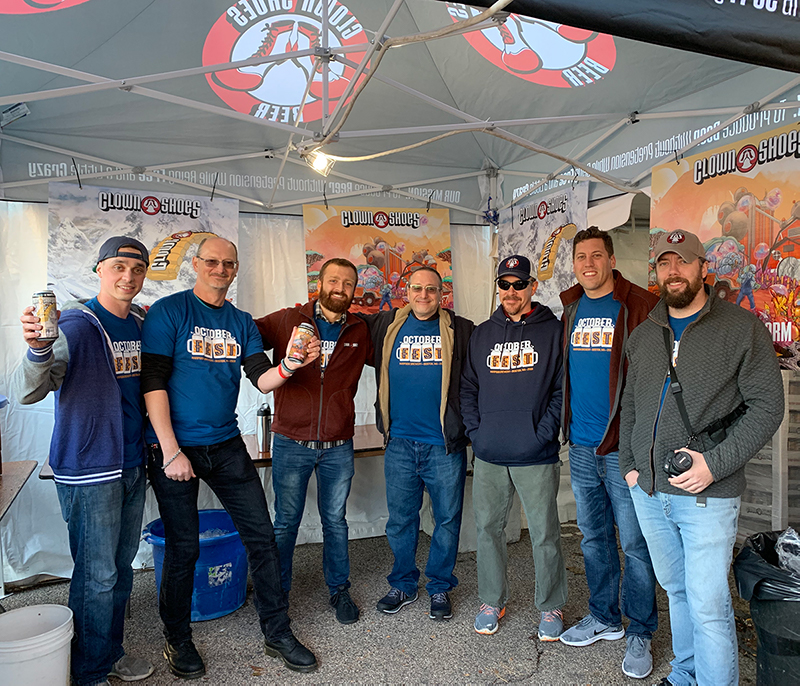 What do the kids say these days? Squad goals? Yeah, squad goals.

Octoberfest is one of MBBC’s longest standing traditions, annually it’s our biggest festival, and one of the most important weekends of the year for our company. We hope that all 15,000+ guests that joined us in this party had as much fun as we did. It was a truly exciting time to have all five MBBC brands served at a festival: Harpoon, UFO, Clown Shoes, City Roots Cider, and Arctic Summer. We’ve got a few months to recover before the next fest, which should be enough time to restore the feeling in our fingers and stock up on enough extra pairs of socks to make it through the weekend. Hope to see you at St. Patrick’s Festival! Slainté!