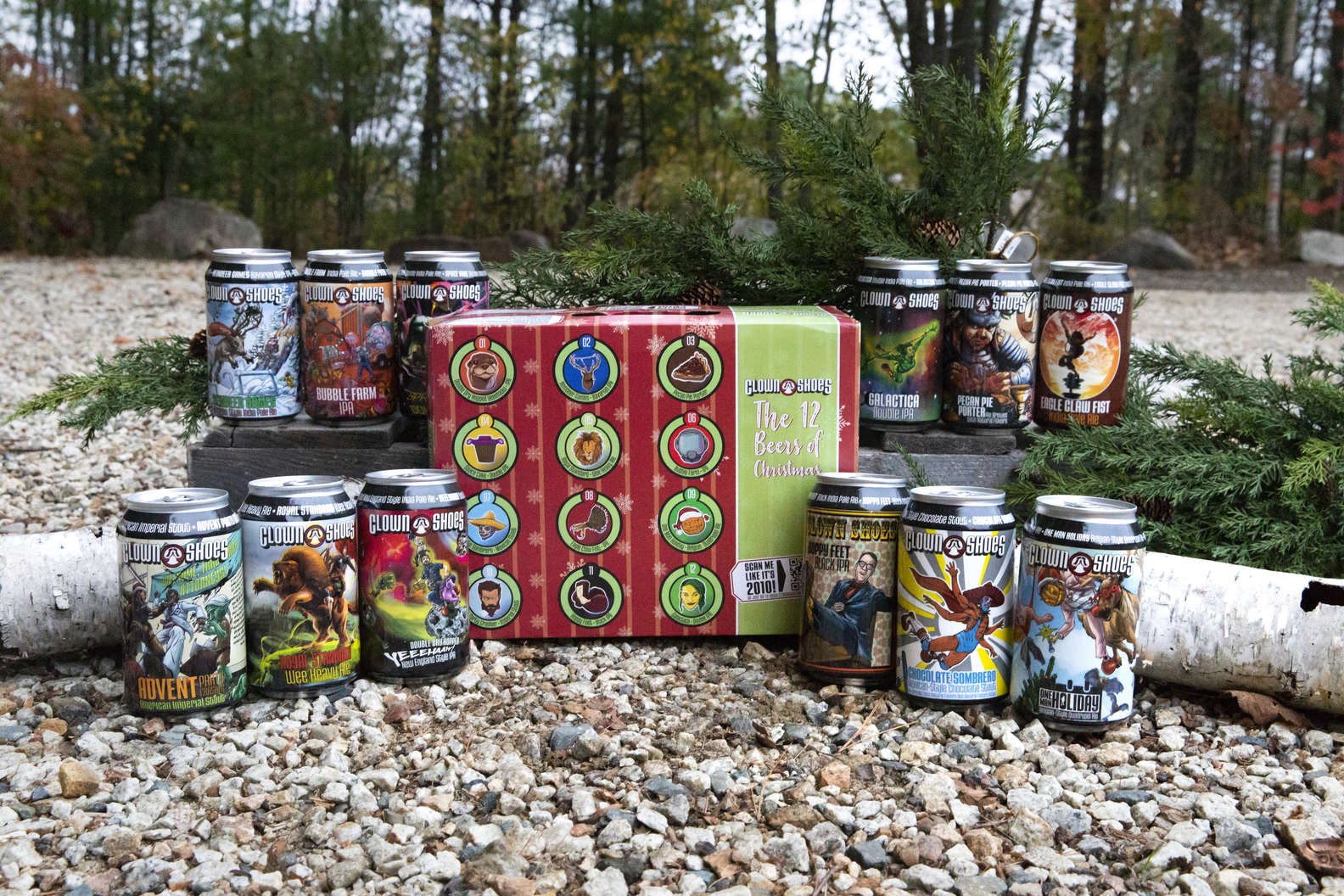 Bars are running on limited hours in a lot of states if the bars aren’t outright closed. It makes mixed packs of beer from the liquor store look awfully alluring. You might not have realized how much you like getting different beers with each order at the bar. It’s a small part of going out, but it’s one of the many things lots of people have learned they enjoy when it’s not available.

The much-beloved Boston-based brewery Clown Shoes is joining the ranks of breweries offering mixed packs that give you a little taste of being able to switch it up between orders (from your fridge). Clown Shoes is releasing its first-ever mixed pack for the holidays. The 12 Beers of Chrismas isn’t, however, the usual three cans of four different beers. It’s more like an advent calendar with 12 different beers inside.

It’s basically an advent calendar, setting itself apart from other mixed packs from familiar craft brands by having 12 different beers inside. Fans of Clown Shoes won’t be surprised by the pleasing variety of styles inside, but they’ll be delighted at the offerings. The 12 Beers of Christmas box includes three of the brewery’s core beers and nine other beers that are all exclusive to this mixed pack, including Advent Party Crasher Imperial Stout and Reindeer Games Bavarian IPA.

“Everyone loves a good holiday count down, and in a year that brought so many changes, we thought it was the perfect opportunity to release our first-ever mix pack as a unique way to celebrate the run-up to the holidays,” Gregg Berman, Founder of Clown Shoes Beer, said.

The new mixed pack is available nationwide, and you can just call it an advent calendar if you want. It’s basically the same thing. The box looks like an advent calendar, and it’s a hell of a lot cheaper at $26 than some of the boutique beer advent calendars that you’ll find out there. (This one is fun, but it’s $79.) Those can be great, but this pack looks like a clever way for breweries to take back a little of the retail business they might lose over the holidays to the growing popularity advent calendars, small as that slice of the pie might be.