In the years since we first released this beer for our second anniversary, we’ve grown fond of the knee pad wearing, crossbow wielding gentleman doling out damage on this label. Over time, he has appeared in other labels, and somewhere along the way we decided his name is actually “Crasher.” So not only is our man a crasher of Undead Parties, he literally is Crasher at an Undead Party. We know, it’s a lot to take in.

Our big and bold American Imperial Stout utilizes a malt bill including smoked malts for an Imperial Stout that bursts with dark malt flavor. Rich notes of coffee, and chocolate mingle throughout an intense and full-bodied Stout. Please note that this beer contains lactose. 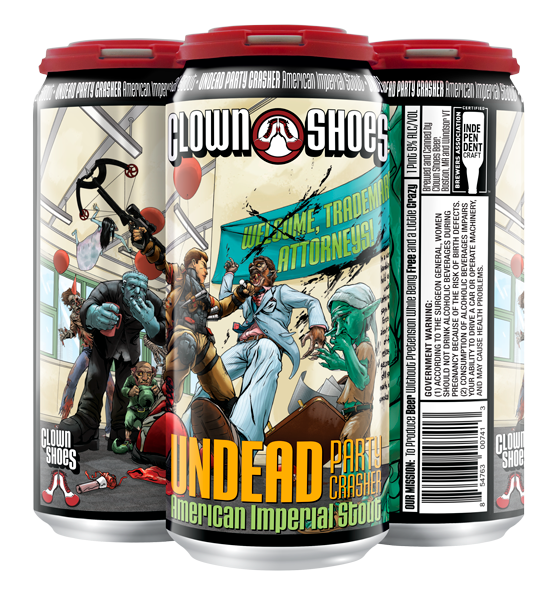